COMING to VOICE: Surviving an Abusive Therapist
by Bernadine Fox

​Ms. Sleeth was a well-known expert and therapist around child sexual abuse working with some of the most profoundly traumatized survivors.
​
Emma was one of Pam’s clients.

At one point, Pamela had saved Emma's life.  However, she also transformed into one of Emma's worst predators.

In October of 2015, a year after her death, a women’s sexual assault center in Vancouver BC announced an event to honor Sleeth's feminist work to end violence against women.  Emma could no longer stay silent.

The space between how the community saw Pamela’s impressive contributions and Emma’s experience of her is this memoir.
The #metoo movement brought to light the ways in which those in power took advantage of those without power.  More and more we are hearing about professionals who transgress their ethical boundaries with clients and cause grave harm.  While this has been happening for centuries, the #metoo movement brought it, along with other forms, back into the spotlight.  Coming to Voice is a memoir in third person that examines one account of how a therapist, a well-known expert in the field of violence, sexually-exploited her client.
Nine out of ten victims of exploitation by their therapists do NOT report.
​
​Bernadine is working to change that.
If you have or know someone who has experienced abuse at the hands of their therapist and you need support or resources reach out to TELL - Therapist Exploitation Link Line

Available on Amazon soon
Foreword by (excerpt):
Dr Colin Ross, in the Foreword, writes, “Bernadine Fox is doing other survivors of sexual misconduct by professionals a great service by telling her story. Such misconduct is not rare, whether the professional be a therapist, priest, doctor, camp counselor, gymnastics coach or a football coach. Telling such a story takes a lot of courage. Pamela Sleeth was a wolf in sheep’s clothing. Her obituary lauds her for her many contributions to helping women survivors of sexual trauma. Now the full story is being told.”  (full Foreword)​
Introduction by (excerpt):
P. Susan Penfold in the Introduction offers, “In this memoir we can see how the therapist, Pamela, repeatedly abandoned her fiduciary duty to Emma, seeking to meet her own needs, and manipulating, coercing and humiliating Emma. … Although profoundly damaged by the abuse and its after effects, Emma’s intelligence, determination, resilience, and insight allow the memoir to end on a hopeful note as Emma fully realizes the enormity of [Pam’s] betrayal and exploitation and can begin healing.”  (full Introduction) 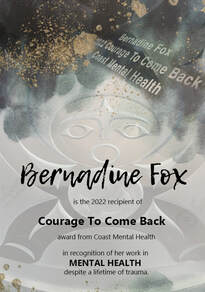 Bernadine Fox was awarded a Courage to Come Back award  in the Mental Health Category for not only surviving a really bad childhood - but her ongoing work as a mental health advocate over the last 30+ years. 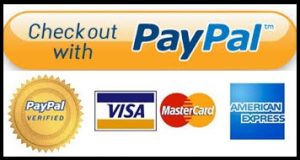 ​also available on Amazon
Coming To Voice: About